Inspired by the iconic Three Peaks Cyclo Cross, one of our favourite cycling events, Hope Technology have created their own local version taking in some of the best scenery in the Yorkshire Dales with a healthy mix of roads, tracks and paths along the route. The Three Peaks is known amongst those who have attempted it, to be one of the toughest races out there. Here at Hope we have a long love affair with the event, with numerous staff and riders competing over the years. In fact, it's sort of a tradition that you aren’t a true Hope Tech employee until you’ve done the Peaks!

Given the toughness of the Three Peaks, we thought why not organise an event equally as tough as the Peaks, either as a warm up for the big event or as a taster for those not lucky enough to get an entry to the Peaks itself.

The routes will take riders out from our Barnoldswick Factory, over Weets Hill directly towards the Yorkshire Dales and back, via a few “testing” climbs. As happens in the Yorkshire Dales on the Three Peaks Cyclo Cross race, competitors will have to carry their bikes on several of the climbs and paths as well as using local roads on the transitions. Riders will have the choice of whether to tackle to route on a CX bike or mountain bike – both will have their pros and cons. The fastest riders will take around 3.5 hours on the longer route.

Rider numbers will be limited to a maximum of 500. It is envisaged that as well as top level riders from all over the UK the event will attract many local riders.

Start Location: The event will start and finish at the Hope Factory in Barnoldswick from 0730 with riders setting off until 0900

Your Safety: Rather Be Cycling will be working alongside the team at Hope Tech to ensure a great day out for all on the bikes.  There will be full medical cover out on route and marshals / trained staff will be placed at key locations around the route at gates and some road crossings.

Check out this website for places to stay in the area.

We are here to help

If you have any questions or queries about the route please contact Rather Be Cycling. Telephone 017687 78848 or email cheryl@ratherbecycling.co.uk 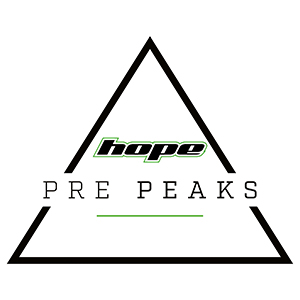 In case of questions about the event please contact RBC/Hope Technology: