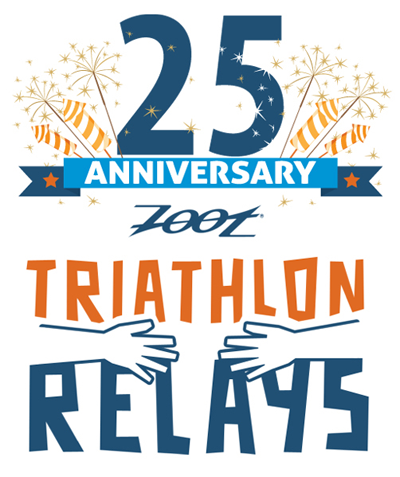 In 2015, we re-vamped the whole 'RELAYS' weekend and set new standards in how much fun you can have whilst doing a triathlon!

Originally started in 1991, this weekend has become legendary, as much as others have tried to replicate it, the Triathlon Relays is still very unique. In 2015 over 1600 athletes and over 100 different clubs joined in the fun that we call 'organised chaos'.

The 'organised chaos' will continue as previous years, only with a new name 'Triathlon Relays'. Our main focus is still that groups of four people join together to complete a triathlon, with everyone doing a swim, a bike and a run. Now you get a few different options.

If you are unsure which category your team fits into click this diagram to get all the answers! 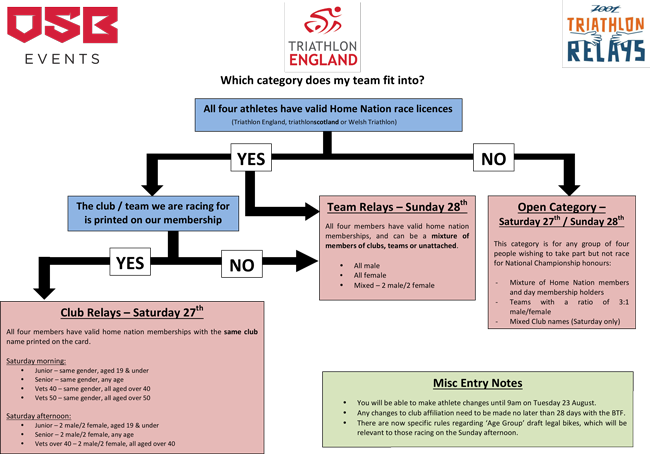 As requested in 2014, we have changed the format of the weekend, adding in the new 'elite style' tag relay triathlon and there will also be a return of the team time trial format on the Sunday afternoon.

The move away from the title 'Club Relays' is simple, we spotted that less than 40% of athletes in our regular individual events were members of clubs... we wanted the weekend to be enjoyed by those athletes that were not members of clubs, but ultimately had three friends and wanted to join in the fun. We have also been working alongside British Triathlon Federation & Triathlon England to simply the rules - they are now very simple.

The Saturday, will continue as previous years, with the standard relay format. Each member of the team individually swimming 500metres, before tagging their team mate, and so on, and so on, until all four people have completed the swim. Moving onto the 15km bike, each athlete individually completes the 15km bike, until the last team member then tags the first team member to start the 5km run section.

The major change to the event happens on the Sunday. As requested by many of the clubs, Sunday has the elite style triathlon relay which is open to all groups. Each team member will swim 300 metres, bike 5km, run 1.5km before then tagging the next team member who swims, bikes and runs the same course, until all four team members have completed the course. To add to the excitement, we will also be hosting all of the transition in front of the grandstand area, along with music DJs and the crazy commentators, this will be mega-exciting racing, whether you are competing or spectating.

There will be three categories racing for National Championships Awards - men's, women's and mixed (two men and two women in a team).

The top ten finishers in each category will then go forward to the ultimate team test - a triathlon team trial! All four athletes must race together with the team's time being taken from the fourth athlete crossing the line. 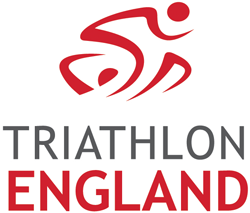 In case of questions about the event please contact TriSociety: